What's old is new. It seems like there's a decade long nostalgia cycle that goes around in music, fashion, and general aesthetics. What's making a comeback during the emergence of 2020? Flared denim, vinyl records, and even polaroids. No, this isn't the 1970's, but you'd be forgiven to thinking it was.

With our high tech phones that can store millions of photos, we've seemed to lose touch with the roots of our past. So much so that we yearn for the day where pictures are tangible objects again. These digital pictures just aren't cutting it anymore, and the latest fad in photography seems to be physical "polaroid" prints. While we're not lugging around bulky cameras, we are melding both the digital and physical realm with portable photo printers.

Enter the Canon SELPHY series of portable photo printers. Before you do, we'll say it first, the name makes us slightly cringe too. All terrible naming conventions aside, the Canon SELPHY series of printers have been gaining mainstream popularity thanks to its large role in "social media influencer" culture. Starting with the SELPHY DS700, which was launched in 2005, the portable printer has been seeing re-releases and new iterations almost every year. The latest on the scene is the Canon SELPHY CP1300, an innovative photo printer that boasted truly portable accessibility. Here's everything you need to know about the SELPHY CP1300 before you decide to purchase it. 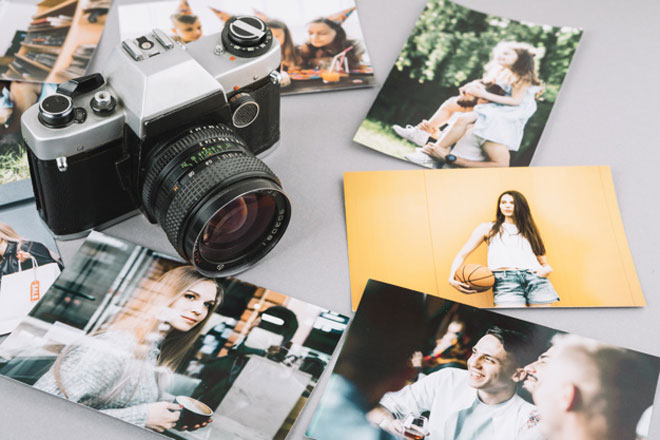 Unlike its predecessor in the CP1200 series or any other previous models for that matter, the Canon SELPHY CP1300 does not make use of any ink cartridges. Instead, the newest model adopts a brand new type of transference method, which is implemented thanks to the Canon KP-108IN Color Ink Photo Paper.

Yeah, that's a mouthful, but the Canon Photo Paper boasts some very impressive technology baked right into the page.

This portable printer uses thermal dye-sublimation to produce vivid yet instantly dry photos. The color ribbons that the Canon Photo Paper passes through are instantly vaporized by heat in order to transfer the image onto the paper. This process calls for the printer to technically run the page through, four separate times, in order to transfer each primary color; that being black, cyan, yellow, and magenta.

The dye sublimation process leads to more than capable postcard size photo prints, especially from a device that is so compact. While it can't compete in quality with larger and more dedicated photo printers that are focused on DPI, the 300 x 300 resolution is more than serviceable.

It's a shame that the Canon CP1300 lacks the sheer portability that it advertises straight out of the box. For those expecting to take this printer with you on all your trips, you might be a bit disappointed to hear that it's not as portable as you might imagine. The vanilla SELPHY 1300 printer requires an AC adapter to be plugged in at all times in order to power the device. However, if you want the full portable photo printer experience, you're going to have to dish out a premium for an external add-on.

The optional battery, priced at $89.99, is required to achieve full portability. It's really disheartening to have the SELFHY 1300's most sought after feature hidden behind a paywall. The initial $139.99 is a hefty entry fee, exacerbated by an additional $90 add-on to fully take advantage of its core features. It seems like a lot to ask, especially for willing customers to dish out over $200 for a portable printer that produces postcard-sized photos. 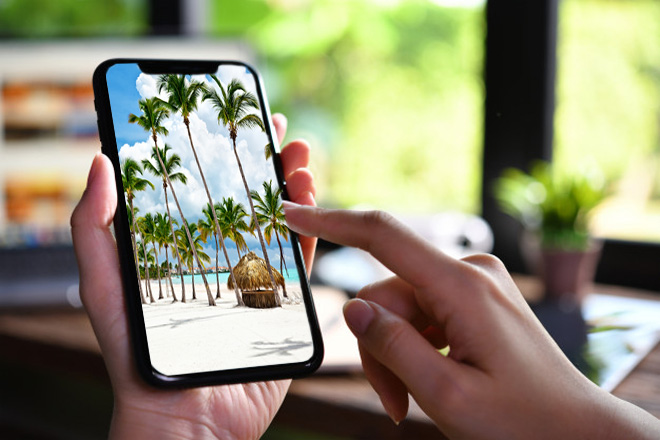 3- Wireless Printing From Your Phone

The SELPHY CP1300 is primarily aimed at easy accessibility, especially from your Apple or Android smartphone. By taking advantage of the new SELPHY Photo app, you can wirelessly send photos from your camera roll directly to the printer in seconds. The accompanying app is available for free on the Apple App Store and Android Marketplace. After setting up your account and linking your Canon SELPHY printer, you will subsequently be able to print on-the-fly.

If you don't want to make any additional accounts, the Canon SELPHY CP1300 is directly compatible with a multitude of other Apple products. If you have an iPhone, iPad, or Macbook, you're able to utilize Apple's exclusive AirPrint technology. If you're not sure what this wireless method of printing is, you can check out our in-depth guide to using AirPrint right here.

This portable printer is heavily geared towards mobile users in all aspects of its design and accessibility. With all of the strides it takes towards mobile innovation, it seems to alienate non-mobile users by tacking on extra steps to what was supposed to be a simplistic system.

For those looking to connect physically for a faster speed, you're going to need to jump through some extra hoops. By connecting a Mini-USB Type 2 cable from your camera to the printer, you can print batches of photos at once. Unfortunately, the Mini-USB cable does not come with the Canon SELPHY printer either, so unless you have an extra laying around the house, you're out of luck.

This is probably something that most consumers need to hear before purchasing this portable printer. Just like any other printer, there are going to be consumables required to keep the thing running properly. Instead of ink cartridges, these come in the form of the Canon Photo Paper and their sublimation sheets, which are both packaged and sold as one unit. Priced around $16.99 per package, the Photo Papers come with 36 Sheets that are sized around 4x6 inches.

Adjusting for expense, it's going to cost you around 50 cents for every photo you print directly off the printer. That may not seem bad for a one-off print photo, those looking for large print jobs are going to be charged accordingly.

Finding a photo printing kiosk has become harder and harder these days. Understandably, if you do have one near you, it would be wise to compare prices between the two. Also, understand that the initial investment of the printer price should go into play when calculating the benefits. 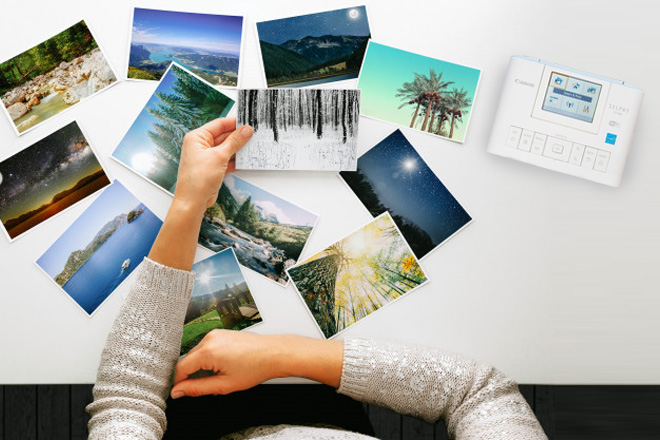 We've come a long way in portable printing technology. A photo taken from a Polaroid camera can take up to 15 minutes to fully develop. Not to mention all the time spent shaking it, and the liability of exposing it to direct sunlight. Fast forward 30 years, and we have a much more reliable source of on-the-go printing.

The Canon SELPHY CP1300 prints a borderless 4 x 6-inch postcard in approximately 46 seconds. If you're going for a smaller size, it can print a 2.1 x 3.4" (Equivalent size to a playing card) photo in around 39 seconds.

For a portable printer, this is a respectable amount of time to print. Keep in mind that unlike polaroids of the past, these do not need to dry. Once the photo is directly printed, there are no extra steps required to store these either. 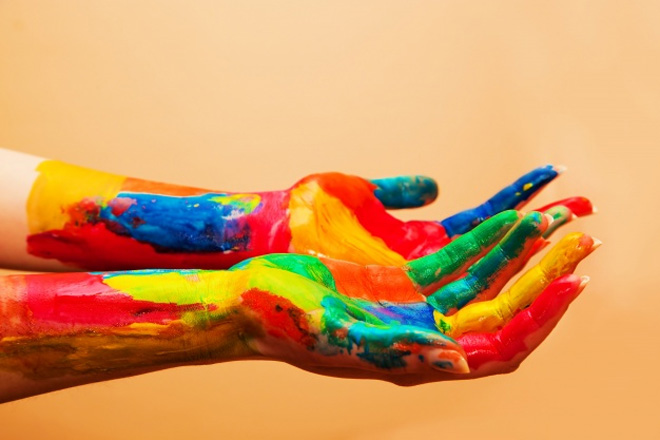 Luckily, all of these issues have been remedied with Canon's newest iteration.

Color Ink Photo Paper absorbs all of the thermally transmitted colors in a vibrant and speedy process. Canon even boasts that photos printed on this paper can last up to 100 years if stored properly. The color capability is nothing to scoff at as well, with the ability to produce 256 different shades per color (16.8 million unique colors in total), the contrast between colors is quite impressive from such a compact printer.

The Canon SELPHY CP1300 is a very impressive machine that pushes the realm of innovation, especially for a portable printer. With all the strides it has made for printing technology, it also has a lot of missteps that hinder its overall performance.

The initial purchase seems more like a Starter Kit rather than a full product. With essentials like a Mini-USB Type B cable being excluded, a costly consumable photo paper, and an optional battery that costs almost as much as the printer itself, there is a lot to be desired from the base offering.

Unfortunately, when you take a step back from the marvels of printing on-the-go, what you have left is a subpar photo printer that's priced around the same realm of legitimate non-portable photo printing contenders.

Canon seems to be competing with itself on this venture. For the price of a SELPHY CP1300 and Battery Pack, you could be purchasing a professional Canon photo printer instead. The  Canon PIXMA series of printers do everything that the SELPHY CP1300 does, at a lower price, while outputting at four times better the resolution.

As a long term printer, the costs of the CP1300 are really not viable. Let's compare the output of the SELPHY CP1300's Photo Paper vs.  Canon CL-211 Color Cartridge (Standard Ink for Canon PIXMA Printers) 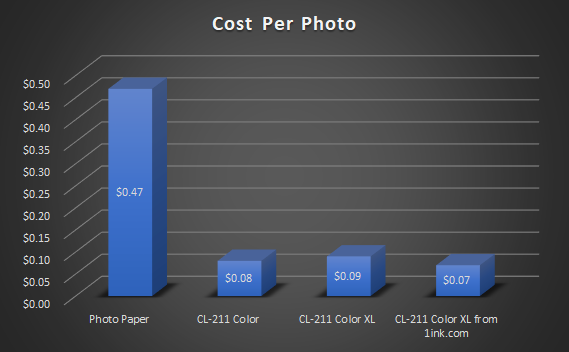 The price for printing one photo from the Canon Photo Paper is almost seven times higher than a photo printed using a remanufactured  Canon CL-211XL cartridge from 1ink.com.

1200 DPI is the standard for excellent photo printing; anything higher would be for professional usage only. When numerous  Canon printers meet this requirement and perform with four times more resolution than the CP1300, at the exact or around the same price, it's hard to recommend this printer on merits other than portability.

Hopefully, the next iteration of the Canon SELPHY series can remedy some of these major shortcomings. It's a shame because, behind the slick marketing and extra add-ons, there really is a capable product that's unlike any other on the market right now. If Canon could iron out a few of these kinks before competitors catch on, it can dominate the realm of portable printing within the next few years.