A Brief History of Kodak 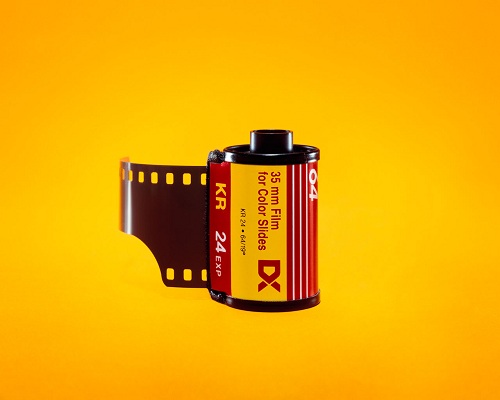 The Eastman Kodak Company, known around the world as Kodak, is an American imaging company that began in the 19th century as an innovator of photography. Incorporated in New Jersey, the corporation was founded in 1888 by George Eastman in Rochester, New York, where its headquarters are located today.

The company is known for creating a consumer market for amateur photography and pioneering the technology that allowed Hollywood movies to be filmed. It is also responsible for easy-to-shoot home movies and the introduction of digital photography. Here is a brief look at the history of Kodak and how the company plans to find its footing in the 21st century. 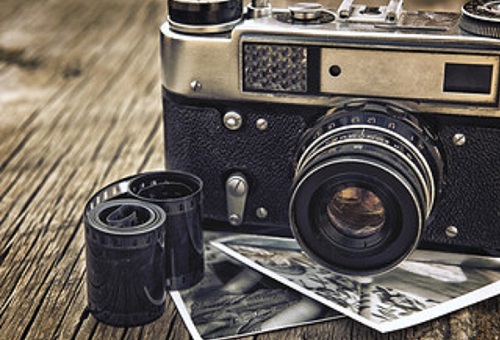 The history of Kodak starts with the Eastman Dry Plate Company, where owner George Eastman created single-shot sheets of paper covered in photographic emulsion. William Walker, who was also an expert in photography, started working for Eastman in 1883. The two men invented a holder for a roll of the company's photo plates in 1885.

While this was happening, fellow inventors Hannibal Goodwin and Emile Reynaud were also making amazing advances in photographic technology on their own. The former designed a transparent nitrocellulose film base in 1887, while the latter perforated nitrocellulose film. In 1889, Eastman combined all of these ideas to invent the first mass-produced rolls of transparent photographic film.

When it came to business, Eastman's approach was simple. Known as the “razor and blade strategy,” Eastman sold inexpensive cameras throughout the history of Kodak. Then, he counted on the sales of consumables, such as film, chemicals, and paper, to generate massive profits. This strategy proved successful!

Surprisingly, Eastman did not invent the 35mm film used in the motion picture industry. That innovation is credited to long-time tinkerer Thomas Edison, who decided to trim 40mm filmstock while working with Eastman in 1892. 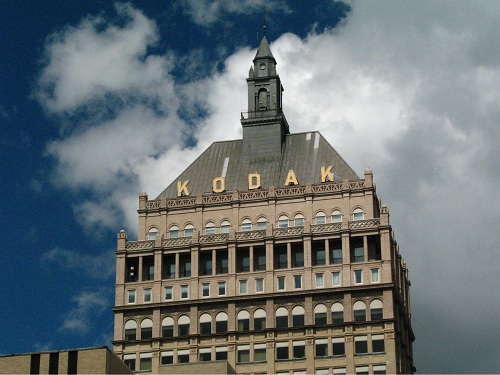 The choice of the company name is a big part of Kodak's history. In 1888, Eastman dubbed his new company, “Eastman Kodak.” Though it sounds like an early merger occurred, “Kodak” is nothing more than a hard-sounding word that Eastman liked enough to trademark. At the time, the founder stated, “The letter ‘K’ had been a favorite with me—it seemed a strong, incisive sort of letter.”

Eastman and his mother used an anagram set to find the right-sounding “K” word. His only criteria was that the name should be short, easy to pronounce, and not bear any resemblance to names that already existed.

Once Eastman trademarked the name Kodak, he released his first Kodak Camera in 1888. It came preloaded with a roll of paper film that had the capability to shoot 100 photographs. Once finished, customers would send Eastman back their cameras. He would load them with new film and develop the used roll. The Kodak Camera was so simple to use that it created the new hobby of amateur photography. 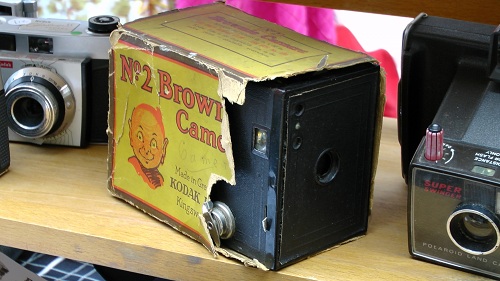 Eventually, the original camera was replaced with a collapsible model that required nitrocellulose film; and in 1897, pocket-sized camera was marketed. However, Eastman's crowning glory would come in the form of The Brownie, a cardboard camera that sold for only one dollar—an invention that would overtake the market in massive proportions.

The 20th century is the time in the history of Kodak when its popularity and profits soared. From 1900 to 1930, everyone was enamored with the concept of taking pictures. Kodak enjoyed massive profits, and on July 18, 1930, it was quickly added to the Dow Jones Industrial Average index, where it remained until it was delisted in 2004.

Like any successful company, Kodak invested a great deal of its profit into research and development, and it developed its famed Kodachrome film in 1935. Kodachrome, the first successful color film on the market, was available in multiple formats, including 8mm, 16mm, and 35mm. It enabled beautifully colored magazine photos and colored motion pictures.

Kodak was also smart enough to involve itself in the printing process of photos as well, and it made a large profit specifically from film development alone. The company was instrumental in developing color-separated, high-quality printing throughout the 1950s and 1960s. 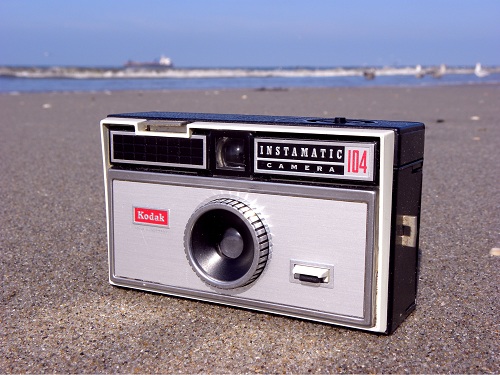 Throughout Kodak's history, it introduced several camera models, including the Retina Series 35mm Camera in 1949, which remained a popular staple until 1956. Then in 1959, the first automatic Brownie camera, The Starmatic, was brought to market, and it sold 10 million units within the first 5 years. By 1963, the Instamatic camera was introduced, and it became popular as a point-and-shoot model that was easy to load.

Kodak had the majority market share of the photography industry by the close of the 1960s. The company had over $4 billion in sales and 100,000 employees. Kodak was even responsible for the film of John Glenn's orbit of Earth in 1962 and the first ever photo of the planet Earth taken from space in 1966.

In 1976, Kodak released the Kodamatic, an instant picture camera, as a rival to Polaroid.

Throughout the history of Kodak, the company diversified itself by taking on other projects using its patented imaging technology. The company created film that could detect the amount of radiation that Project Manhattan scientists were receiving, a discovery led to the invention of the modern x-ray.

In fact, the first x-ray ever captured was on Kodak film. It was a print of the hand of the wife of esteemed German mechanical engineer and physicist, Wilhelm Roentgen. To this day, Kodak is still involved in radiographic imaging, including CT and MRI scans.

Kodak also proudly ranked 62nd among American companies in the value of World War II military production contracts. Most accounts of the history of Kodak state that the company's microfilm technology enabled the shrinking of 37 bags of “V-mail” down to only one. 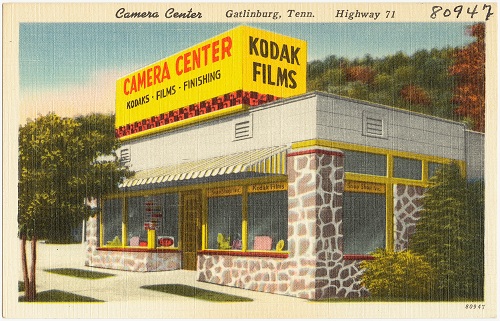 Though it seems odd to consider, a quick look at the history of Kodak shows that it was actually a pioneer of digital imaging technology.

Back in 1975, Steven Sasson, a Kodak engineer, created the first charge-coupled device (CCD) image sensor. The sensor had a resolution of 10,000 pixels or 0.1 megapixels. Then, in 1976, Kodak researcher Bryce Bayer invented the Bayer color filter array, which described the arrangement of color dyes on a piece of film. The 50% green, 25% red, and 25% blue filter transferred over to digital photography, and nearly all digital sensor uses an RGB Bayer filter for capturing images.

By 1979, Kodak researchers created the first efficient organic light emitting diodes (OLED), which, after 20 years of continuous research, were put into use in 1999. That is when Kodak teamed up with Sanyo to produce the first OLED display. In 1986, the company invented the first camera-size megapixel sensor, and by 1991, it developed the first digital SLR camera, which was essentially a modified Nikon F3 with a 1.3-megapixel CCD sensor.

Unfortunately, for the first time in Kodak's history, it could not keep up the momentum, and it eventually lost out to Japanese competitors that mastered digital technology. However, the company used its patented OLED technology to create breathtaking digital photo frames throughout the early- and mid-2000s. However, due to an unsure market, poor promotion, and sticker shock, Kodak's early digital cameras were less than popular. As such, it sold its OLED assets to the LG corporation in 2009.

While Kodak did create and market the first digital cameras, it is important to note that it placed all of its faith in the analog film market throughout the 1970s, 1980s, and the 1990s. Since the business had remained massively profitable throughout its history, it seemed like a sure bet; but the company could not have been more wrong. Once Kodak made the digital leap in the commercial market, it was far too late to compete with companies like Sony and Canon that already claimed their shares.

Kodak did have moderate success and strong critical acclaim for the user-friendly EasyShare line of digital cameras and printers, but it arrived in an untimely manner. They saw an unmet consumer opportunity and developed a system of PC photo-sharing products and services to meet this unfulfilled niche for customers, but all this came too late. 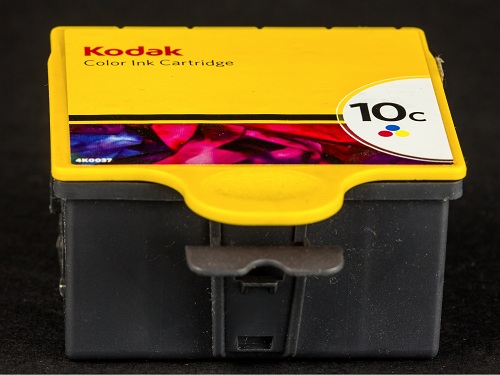 In February 2012, for the first time in Kodak's history, the company stated that it would cease all production of digital cameras, pocket video cameras, and digital picture frames and instead concentrate on the digital printing market. While capturing images has been the primary mission throughout Kodak's history, in recent years, it has become known for high-speed commercial inkjet presses, workflow software, and home photo printers. Many of these products are found in offices around the world today.

If you are interested in the complex and interesting histories of different technology companies, such as this look into the history of Kodak, be sure to check back frequently for more history, advice, and tips on the printing technologies of today.