A Brief History of Xerox

Xerox Corporation is a large American conglomerate with services that include consulting, content management, imaging, and document outsourcing services, though it is best known for it photocopying department. In addition to its flagship black-and-white copiers, there were several other noteworthy products offered throughout Xerox's history. The company is also famous for its wide array of scanners, fax machines, multifunctional devices, and digital printing and publishing systems. 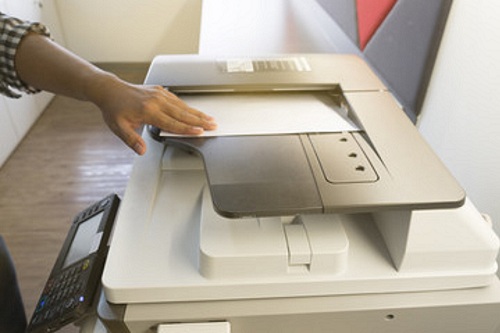 The history of Xerox begins in 1906 with a small photography paper business in Rochester, New York. The Haloid Company, as it was called back then, was sold to a Rochester businessman named Gilbert E. Mosher for a modest $50,000. While Mosher became president, he left the day-to-day affairs to the company's founders. Mosher's job was to innovate and keep the company profitable, which he did well. Haloid opened offices in New York City, Boston, and Chicago as it expanded.

Concerned with Haloid's market share, the board decided to improve the quality of the company's paper. After a few trying years, Haloid released the new and improved paper in 1933 to great success. The paper coup helped to save the struggling company from folding during the Great Depression.

In 1934, at the peak of success, the son of one of Haloid's founders, Joseph R. Wilson, decided that the company should acquire the Rectigraph Company. Rectigraph manufactured photocopying machines and they were a client of Haloid's. Haloids went public in 1936 to pay for the purchase, and quickly began selling rectigraphs as an important component of its overall business.

During World War II, the military was in desperate need of high-quality photographic paper for reconnaissance, and this helped Haloid to flourish during the mid-20th century. However, once the war ended, times became tough. Mosher wanted to sell the company, but Wilson did not want to part with his birthright. 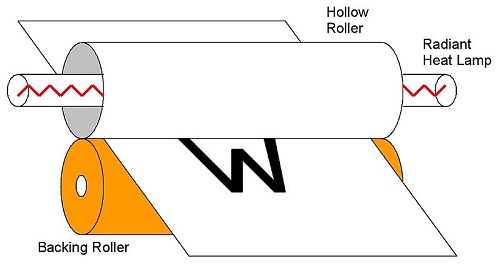 Wilson kept the company, with Mosher still aboard, and the company entered into an agreement with Battelle Memorial Institute, a nonprofit research organization in Columbus, Ohio, in 1947. Using the new process “xerography,” invented by patent lawyer Chester Carlson, Haloid hoped to develop a new copying machine. Carlson invented xerography, or “dry writing,” in 1938, because he was frustrated by the expense and difficulty of copying documents. Battelle signed a royalty-sharing agreement with Carlson in 1944.

Debut Of The Xerox Copier

Within two years, Haloid introduced a brand new copier, aptly named “Xerox,” then spelled with a capital “X” at the end. This was the first copier that used xerography technology in the history of Xerox. While the machine was hard to work with, messy, error-prone, and cumbersome, Haloid believed in its product. As a matter of fact, while many in the financial industry felt that Haloid's investment was foolish, there was a light at the end of the tunnel. Battelle engineers found that XeroX made excellent masters for offset printing, and as a result, many machines were sold.

Haloid was smart enough to invest its earnings into research and development for a second generation of xerographic copying machine, and in 1950, Battelle made Haloid the sole licensing agency for all patents based off the xerographic process. The company wisely licensed the patents to large corporations to leverage the spread of xerography usage.

By 1955, sales at Haloid were better than ever, and many of the naysayers during Xerox's early history were proven wrong. The company revamped 18 regional offices into showrooms for Xerox machines, hired 200 service and sales associates, and built a factory in Webster, New York. By 1956, Haloid formed a European affiliate called Rank Xerox with the Rank Organisation Plc, a British film company.

Introduction of the Xerox 914 Copier

By 1958, Haloid realized that its future was in the xerographic copier business, and the company changed its name to Haloid Xerox, Incorporated. In 1960, it released one of the better known copiers in Xerox's history, the Xerox 914 copier. This was the first marketable plain-paper copier, and its market debut was extremely successful.

However, the company still could not afford a full scale advertising campaign, so it selectively placed ads in magazines and on television where it hoped that business owners would see them. To increase the machine's accessibility to smaller businesses, Haloid Xerox even offered the 914 for monthly lease.

Amazingly, demand for the nearly 700 pound machine exceeded all company expectations throughout the history of Xerox's development. By 1961, sales and rental of the 914 doubled and continued to grow. By the end of the year, the newly-minted Xerox Corporation was listed on the New York Stock Exchange.

During the 1960s, Xerox opened subsidiaries in Mexico, Australia, and continental Europe. It also joined forces with Fujifilm in Japan to permeate the Asian market. The company became one of 100 largest corporations in the United States, and, in 1969, it moved to its current headquarters in Stamford, Connecticut. 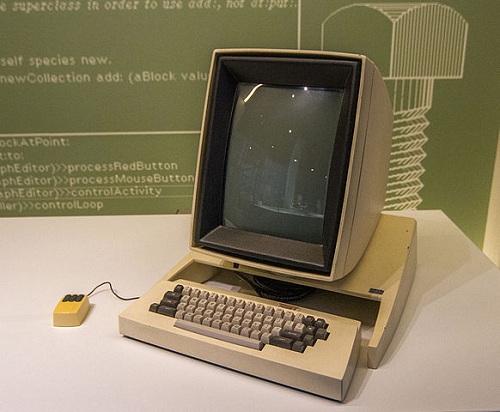 One of the greatest claims to fame in Xerox's history is its contribution to modern computing. In the late 1960s, Xerox focused its effort on created a paperless, electronic office. Forming Xerox Computer Services in 1970, the company bought many smaller computer firms and subsequently opened the Xerox Palo Alto Research Center (PARC) in California. PARC scientists created the world's first personal computer in 1973. Its design was so innovative that it inspired Apple to design what eventually became the Macintosh.

In 1970, IBM introduced its own office copier, finally giving Xerox some competition. While it was not as sophisticated as Xerox's model, the cheaper alternative was backed by IBM's solid reputation. Kodak eventually came out with a copier that was comparable to Xerox's design, and Japan's Canon company joined the highly competitive market in 1980.

Times were tough for the venerable company, but Xerox knew it needed to introduce new products in order to compete. The 10-series copiers were introduced as a result in 1982. While Xerox's history dated back to the 1960s, this was the first new line that the company introduced since that time.

The new machines contained microprocessors for regulating internal functions, so they were able to perform several complicated tasks—regardless of the paper type. These models were also much smaller and broke down much less than earlier prototypes. For the first time in nearly 20 years of Xerox's history, the company gained market share, and it maintained its 50% stake by building machines that could generate up to 70 copies a minute.

Throughout the 1980s, Xerox spent approximately $3 billion dollars on research and development in the fields of color and digital printing to sustain growth. As such, Xerox was a leader in developing these emerging technologies. Between the months of September 1990 and March 1991, Xerox introduced a line of five new computer printers, the 4350, 4197, 4135, and the 4213. Each was designed to handle different types of office needs from dual-color printing to desktop laser printing.

Xerox also updated its fax machine by developing a smaller model that could also be used as a copier and a telephone. It was also instrumental in the development of thermal, recyclable fax paper. In 1992, the company developed Paperworks, software that allowed faxes to be sent from a PC directly to a fax machine. 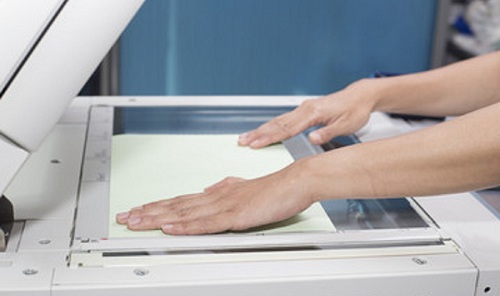 Xerox's history had cemented its perennial image as a copier company, but it made a step to shed that representation in 1994 when it rebranded itself as “The Document Company,” a reference to the company's document-processing products. Xerox even incorporated a new logo with a capital red X that was partially digitized to reflect the shift away from analog technologies. The company developed and debuted several digital offerings including copiers that acted as multifunctional devices. These devices could also scan, fax, and print from PCs.

Launched in 1996, one of the most profitable debuts in Xerox's history was the DocuColor 40. It immediately captured more than 50% of the high-speed color copier market and it could print 40 full-color pages every minute. Revitalized, Xerox developed and introduced 80 new products just in 1997 alone. This was the most in any given year in Xerox's history.

Xerox continued to create imaging products for the rapidly growing home office segment with prices low enough to be sold at office equipment stores. However, the company maintained that it wanted to be known for more than just office products, so, in 1997, it purchased DocuShare, a document-management software company. The software provides users with a system to post, manage, and share information.

At the turn of the last century, Xerox purchased the color imaging and printing segment of Tektronix, Incorporated. This enabled Xerox to gain the second-highest market share in the United States for color laser printers, falling only behind Hewlett-Packard. This deal was crucial to Xerox, since computer printers have nearly overtaken the office duties once assigned to the trusty copiers.